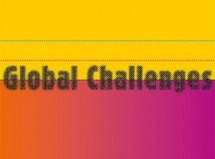 I have been invited to attend the following lecture by Dr. Marina de Regt as part of the Global Challenges lecture series organised by Studium Generale of Leiden University and the Research Centre of Leiden University College; the following text is taken and adopted from www.universiteitleiden.nl/studium-generale/programma/global-challenges#wed-5-09-yemen-the-forgotten-war (accessed 15-8-2018).

In this series of lectures experts will provide a broad perspective and qualified background information on these global challenges. Each first or second Wednesday of the month a new present-day issue takes center stage in this series. This series is a co-production of Studium Generale and the Research Centre of Leiden University College.

Since March 2015 Yemen has become the battleground of a horrific war, which has led to one of the biggest humanitarian disasters in the world. More than 10,000 people have been killed and more than 60,000 people have been wounded, many of them civilians. Of the population 80 per cent is in need of humanitarian aid, and the destruction of the (social) infrastructure is beyond imagination. Marina de Regt has been working in and on Yemen since the early 1990s, first as a development worker and later as academic researcher. In this lecture she will give a background to the war, discuss the humanitarian crisis and the impact of the war on Yemeni society. She will outline the historical and political dimensions of the war, and in doing so bring more nuance to the idea that it is just a proxy war between Saudi Arabia and Iran. She will also make a plea for an engaged scholarship in which the voices of Yemenis and humanistic values take central stage.

Discussant: to be announced

This website uses cookies to improve your experience while you navigate through the website. Out of these, the cookies that are categorized as necessary are stored on your browser as they are essential for the working of basic functionalities of the website. We also use third-party cookies that help us analyze and understand how you use this website. These cookies will be stored in your browser only with your consent. You also have the option to opt-out of these cookies. But opting out of some of these cookies may affect your browsing experience.
Necessary Always Enabled

Any cookies that may not be particularly necessary for the website to function and is used specifically to collect user personal data via analytics, ads, other embedded contents are termed as non-necessary cookies. It is mandatory to procure user consent prior to running these cookies on your website.