As chairperson of the Political Committee Stari Most (PCSM), I am heavily involved in the yearly Srebrenica commemoration in The Hague on July 11th.

Is a new beginning possible between Netherlands and Srebrenica

“Don’t deny, don’t blame others, but have a meaningful dialogue with the women of Srebrenica.” PAX is hopeful that a new beginning in the relationship Netherlands – Srebrenica is possible. The organization hopes the minister will come with a new political initiative.

Foreign minister Bert Koenders will represent the Dutch government at the commemoration on Saturday 11 July in Potocari of the 20th anniversary of the fall of Srebrenica. Tonight, 10th July, he will speak with several relatives of the victims of this tragic event. The minister will also give a speech at the remembrance ceremony.

PAX calls on the minister to try to stay away from judiciary procedures and come to an agreement outside the courtroom. The meeting of Mr. Koenders with the families should be the first in a series of meetings in which also Dutch where the parliament should participate. The relatives want after all, to be heard.

In the Netherlands the national Srebrenica commemoration will be held in front of the Dutch Parliament and the Ministry of Defence. That is  on Saturday, July 11th at the Plein in The Hague, from 15:00 to 16:30 hours. There will be speeches and reading of the names of those victims who have  been identified in the past year. At the end of the ceremony white balloons with the names of these 133 recently identified victims are let. 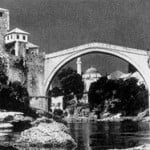 Basic decaration of Political Committee Stari Most (PCSM) for the 20th Srebrenica commemoration in The Hague,

We are gathered here to commemorate that 20 years ago Srebrenica fell into the hands of Serbian and Bosnian-Serb forces, after which more than 8,000 Bosnians (Bosniaks, i.e. Bosnian Muslims) were killed in a few days’ time. For weeks men were still hunted down who were hiding in the woods and looking for a way to reach a truly safe area (see program’s Declaration of Principles).

We also reflect on the fact that this is already the twentieth Srebrenica commemoration, held in The Hague from the very beginning each year. The Political Committee Stari Most was the initiator of the first anniversary on July 11, 1996, that was held at the Yugoslav Tribunal and the Peace Palace. The then chairperson of ‘Stari Most’, Matthieu Verstegen, who worked as a stenographer in the Dutch parliament’s Second Chamber (Lower House), proposed after the first evaluation to annually commemorate Srebrenica in The Hague, and not to leave it at the commemoration on July 11, 1996.

And so it happened: the first Srebrenica commemoration on the Square, on July 11, 1997, became a fact. Matthieu also made himself heard, by beating loudly and rhythmically on a drum during the first memorials on the Square. Matthieu unfortunately could not witness the growth of the annual commemoration – he died prematurely after a debilitating illness on May 10, 1998.

Without Matthieu’s proposal to hold an annual commemoration in our capital and global capital of peace and justice, one would probably have come up with the idea much later – such as when the Interchurch Peace Council (IKV) in 2000 came with the concept of a National Srebrenica Commemoration. Be as it may, ever since the IKV played an important part in the commemoration.

Since then, many more Bosnian and Dutch organisations help organize the annual commemoration at the Square in The Hague, including BiH Platform (www.bihplatform.nl ); PAXforPeace (former IKV and Pax Christi, www.paxforpeace.nl); the Bosnian youth organisation Mladi BiH (www.mladi-bih.nl); and the Association of Survivors of the Srebrenica Genocide 1995 (http://srebrenica95.nl). Also, today for the third time on the 11th of July, there is the Marš Mira / Peace March for Srebrenica (information: marsmira2013@gmail.com) from Wassenaar to the Square to join the commemoration, in recognition of the annual peace march in Bosnia from Nezuk to Potoçari (www.marsmira.org/en).

Since its establishment in 1992, the Political Committee Stari Most has called for decisive international action, through military intervention if necessary, against the madness of ethno-nationalist power politics in the former Yugoslavia. Each person has the right to live in peace, security and justice, irrespective of ethnic and cultural background. The PCSM presents its opinions through various actions. Anyone who supports or sympathizes with our viewpoints is welcome to become a member (see further www.starimost.nl).

The name ‘Stari Most’(‘old bridge’) refers to the medieval bridge in Mostar, Bosnia, which became a symbol of peaceful coexistence. The original bridge was destroyed on 9 November 1993. The restoration of this bridge started in 2001 and was finally completed in July 2004. Together with the rebuilding of ‘Stari Most’ we hope that the multi-ethnic societies in the Balkans can be restored – but there is still a long way to go.

Political Committee Stari Most – Committee for Justice and Peace on the Balkans: www.starimost.nl 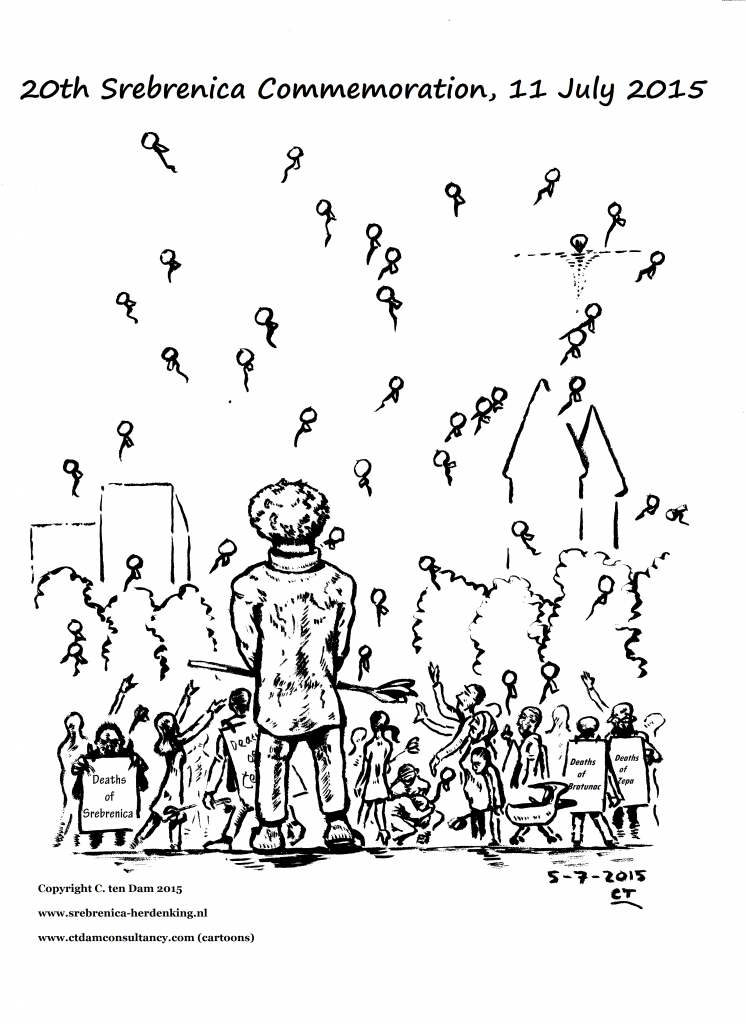